I’m not going to go into my exact dates of when i’ll be flying, for safety reasons but i’ll write my destination plans! I’ll be flying up to Auckland to spend the night with my best-friend before I leave on my trip. She’s currently pregnant with her first child so by then i’d have had lots of cuddles with her new baby boy!! 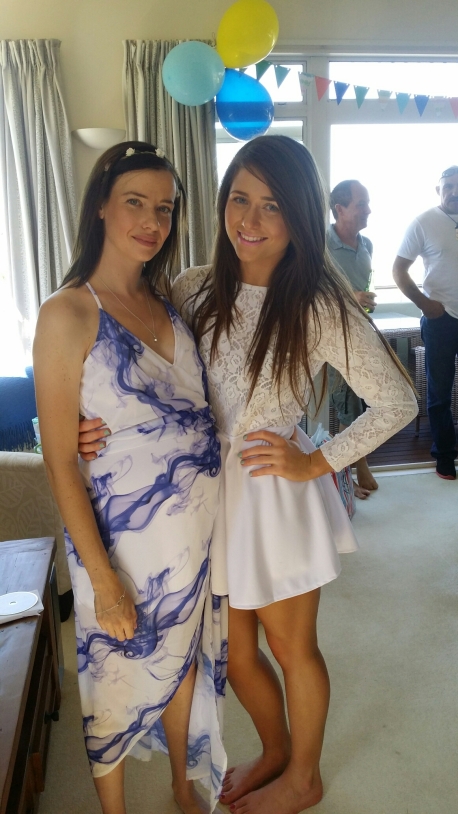 First stop is San Francisco – I’ll be staying there for about 5 days and i’m really hoping to go to Alcatraz while i’m there! And maybe even do a little bike ride across the Golden Gate Bridge 🙂

Next stop is Los Angeles 🙂 I’ve heard mixed reviews of this glamour town but I feel it’s a must see! I’m worried i’ll overspend here!

I’m then heading off for a Contiki Tour across the United States! If you’re un-sure what Contiki is – it’s a Travel Operated Coach Tour which operates in Europe, Egypt, Australia, New zealand, North & South America and Asia.

They do three types of tours –

-Camping Tours (which are the least expensive as you rough it a bit but are really popular with gap year students)
-Budget/concept tours (you stay in backpacker style accommodation or specialized contiki villages and get to meet lots of people, great if you’re going solo like me!)
–Superior Tours (most expensive of the tours but you stay in tourist hotels with nicer accommodation)

I’m doing a budget high-energy tour! So my days are spent discovering the sights and thrills of America and partying it up at night. The tour promises twin-share accommodation, breakfast each day plus some dinners at hotels and local restaurants, sight-seeing tours of the major cities and some included activities such as a limo ride down the Las Vegas strip.

As this is my own honest opinion blog, i’ll be writing an honest post about the whole experience when i’ve finished it!

I’ll be starting in Los Angeles and visiting Nevada, Arizona, Utah, Colorado, New Mexico, Texas, Mississippi, Louisiana, Florida, South Carolina, Virginia, Delaware, New Jersey and finishing up in New York 🙂 I’m very excited! As i’m going solo I hope to meet lots of other travellers in the same kind of boat as me. I have a tendency to get really run down when I party too much so I hope that doesn’t happen while i’m on the trip. (It has a bit of a reputation for being a party tour) Then I spend around a week in New York City at the end of my tour!

I’m most excited to see New York. As far back as I can remember I’ve been dreaming of the day i’ll see NY. When I was little I was obsessed. (I probably watched too many TV shows that featured it haha) I still haven’t booked my accommodation for here so any recommendations for a solo traveller would be great 🙂 Then I’m off to London for a few days before I start another tour!

I’m going to be doing a Top Deck tour for a few weeks around Europe.
It’s very similar to a Contiki (With the ages being 18 to 30-somethings)
But from what I’ve read/heard, Contiki is very party orientated and quite rushed and Top Deck is more about the sights and they have better food apparently!

I’ll have to write another Blog at some point about Contiki vs. Topdeck because when you research online – there’s half the world saying “CONTIKI CONTIKI!!” And the other half is “NOOO Top Deck is the BEST!”

On the Top Deck I’ll be visiting Paris, Switzerland, Venice, Germany & Amsterdam 🙂 then I’m back in London for a few days before I head over to Croatia for a one week sailing trip!

It was very hard choosing whether to do the Greek Island or Croatia for a sailing trip. I’m really gutted I’m not doing the Greek Islands but I couldn’t do everything on my budget 😦
I had to keep reminding myself, ‘The Greek Island will still be there for another day…’
Plus I heard Croatia Sailing is very ‘In’ right now.

When I’m finished up in Croatia I’m off to Rome as It wasn’t included on my Top Deck tour and I really want to see Italy!

Then It’s off to Dubai for a few nights!
Since I’ll mostly be staying in Hostels & Backpackers, or be with other people on my tours – Dubai’s one of the places I’m slightly nervous about so I won’t be staying in a hostel over there. I’m trying to find some good accommodation that doesn’t cost the earth 😦 I’m really excited to go to The Mall Of Dubai though! I feel I’ll spend a good 2 days there.
I read alot of Flight Attendant Blogs about girls working over in Dubai for Emirates etc… and I get so envious of their lives that it makes me really want to be a flight attendant!

Then It’s on my way home with a stop off in Singapore on the way back. 🙂

I have a long stop over in Australia on the way back home as well. It’s at an odd hour though so I won’t be able to leave the airport and go for a browse or anything. Not that I’d want to I don’t think! I’ll be absolutely knackered.
I can’t sleep on planes.
Me + Flying nowadays isn’t the best thing for my nerves. And can you believe I want to be a flight attendant!
I think with all this stuff happening to planes lately it’s just put me on edge so the slightest bit of turbulence on a flight, my eyes are open and I’m alert.

I hope you’ve enjoyed my itinerary!

As I’ve only just started up my blog, feel free to follow me!!! And ‘like’ any of my posts so I know at least someone’s reading them but my friends 🙂