Monday:
Today our tour company Top Deck had an optional activity for a train ride up to Jungfrau which is one of the main summits of the Bernese Alps.
It’s 3,466 meters above sea level on the boundary between the cantons of Bern and Valais, halfway between Interlaken (where we were staying) and Fiesch.

Even after I’ve explained all that, I didn’t actually go haha!
It cost like over $200 NZD just to take the train up and back down and I couldn’t spend that much money for those views. My budget for my world wide trip just wouldn’t allow it!
Especially to see some snowy mountains that I can get a picture of online. 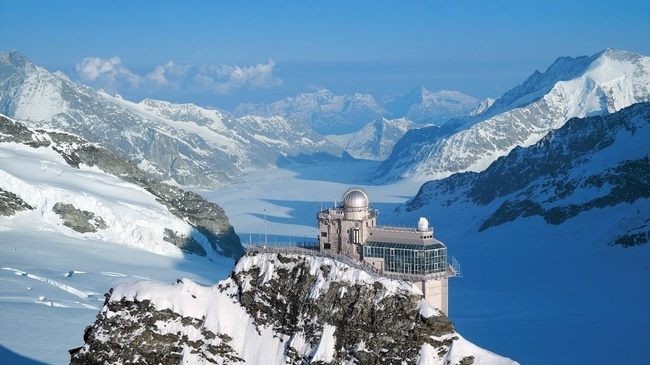 (But yes, I know it’s more for the experience)

Instead, Kara, Kelly & I got ready and went for a walk down to the local town of Interlaken.
I didn’t bring my jacket (just my hoodie) with me so I jogged half of the way to warm myself up as it was freezing!
We browsed a few shops and I bought a magnet. It was far too expensive in Switzerland to buy anything else to take home.

Around lunch time we went to Hooters as I’d never been before and had lunch.
We shared nachos and chicken strips and curly fries.
The nachos would have been great it they had more beans on them! 😣

We also went to this really nice chocolate shop and I had the nicest white chocolate passion fruit mousse chocolate! 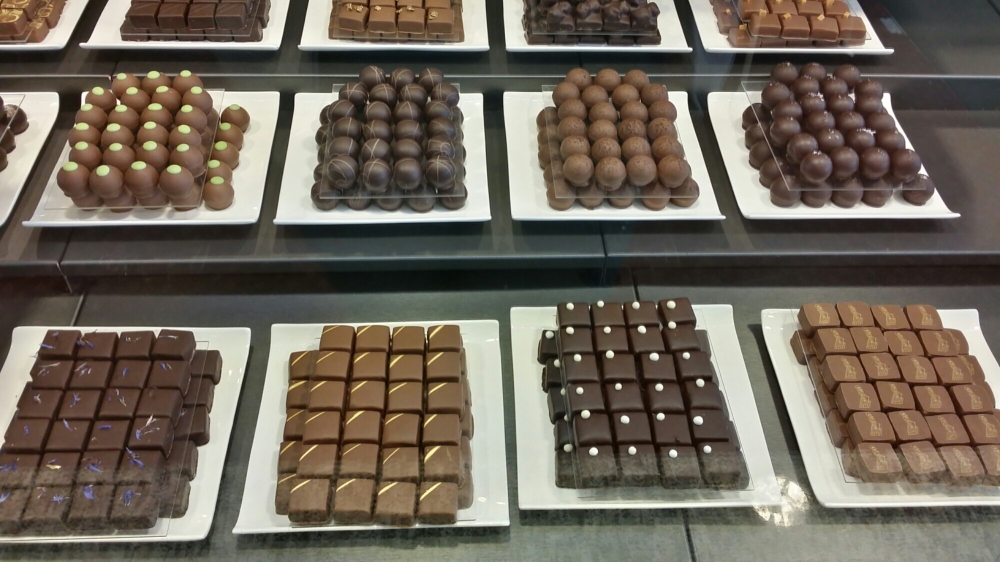 There were a couple of really yummy cake stores but I restrained myself from all the goodies!!

When we were done looking around we headed back to the hotel and had a stop off at the supermarket to buy lots of Swiss chocolate. 🍫
The girls then had a nap while I did some room exercise 😁
I’ve become so much less toned than I was when I left home so I was feeling a bit yuck about myself. I bought out the 30 day ab challenge and did crunches and toe touches on my bedroom floor 😥
It must have worked a little bit because I woke up the next morning with slightly sore abs haha.

I also wrote a blog and listened to a bit of music. We weren’t really in a place where there was lots happening so it was nice just to chill out for a bit.

When I went downstairs, I bumped into another girl on my trip Ashleigh and she told me how she’d gotten an outfit for Oktoberfest down the road at the Lidhl supermarket.

Oktoberfest is this beer festival in Germany and we’re going to be there when it’s happening but everyone dresses up! I’ve heard outfits are really expensive in Germany so it was good to know that the supermarket was selling some cheap knock off versions of the outfits. 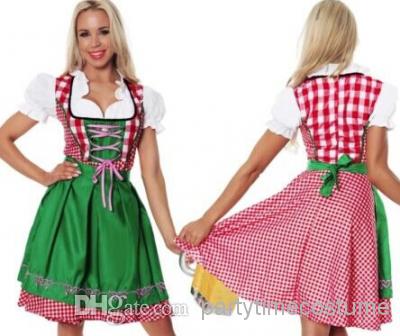 Me and the girls walked down to the supermarket and as Kelly already had one, Kara and I bought the same outfit. They only had Pink or Blue colors to choose from so I got the pink. However mine is quite long though so I’ll see about shortening it if I get the chance. 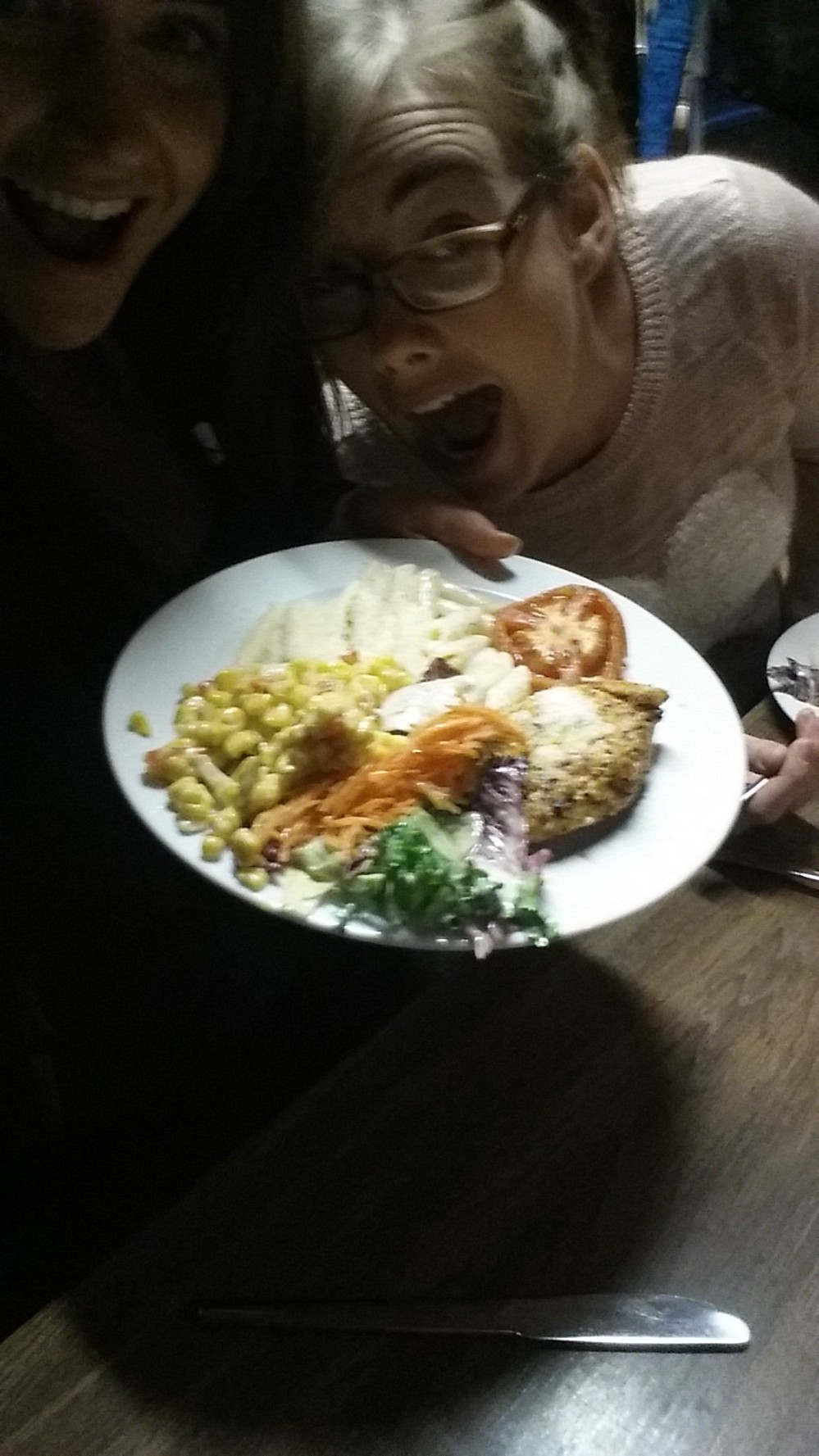 We didn’t really do too much for the rest of the day. We met everyone for dinner which was Chicken and veges AND we got some apple strudel for dessert, yum! I love it when we get dessert. (Which is why I have to start doing more sit ups)

Happy hour was happening again at the bar underground so we went to that and I used up my last 5 francs of Swiss money on 2 large ciders. I left pretty early after that (around 12pm) and went back to bed for a semi-early night.

Overall it was a pretty chilled out day in Switzerland.
It’s such a beautiful place and everything is so picturesque, the grass is so green, the roads are nice and the streets are clean.
Apart from being it being so beautiful, I felt we were in are pretty quiet place with not much to do. Plus it’s so expensive I couldn’t ever live there.

They do have stuff to do like rafting and helicopter tours etc… so if you like really nice views and adventure sports you’d love Switzerland. Unfortunately we hadn’t had anything planned through Top Deck to do stuff like that.