Miami.
Where everyone drives nice cars and looks like they came out of the TV series nip/tuck.
I love Miami.

The weather changes it’s mind every 2 hours and it’s humid as fuck but it’s still wonderful.
The Uber drivers are the nicest so far and the clubs are playing the latest music the loudest.
I didn’t bump into any celebrities while in Miami but then I didn’t venture very far from my hotel unless it was to the beach or pool.

We arrived on Saturday in the afternoon and even then, the sky was clouding over.
I signed up for an optional activity to do a Speed boat tour around the Miami Harbour but as soon as we got into the boat it started thunder and lightening so they had to cancel 😯

Florida has very tropical weather. By most afternoons there’s like a storm brewing which is really annoying.
We had to stick around the shops for a bit longer waiting for it to pass but by 2pm we were back on the bus and heading for our hotel.

The hotel we stayed at, Hotel Croydon was so nice and cute! It was situated right across from the beach and like a block away from the alcohol store haha.

As we had lots of time to get ready, my room mate and I went and got alcohol and then went back to our room to prep.
She’s like me in the way she loves make-up, needs over an hour and a half to get ready and needs to wait for her tan to dry.

Once we were ready it was time to head out for dinner.

On the way there, as it rained it ruined half of us girls hair.
We were seated outside under the shelter but the humidity made the whole dinner really uncomfortable. It sounds like I’m being such a girl (which I am) but there’s nothing worse then spending time dolling yourself up and then feeling like you look like crap for the rest of the night.
Guys think we do it for them or something, honestly we do it to make ourselves feel beautiful, confident, decent, whatever.
It’s more so for us and then if a good looking guy appreciates it too than that’s a bonus.

So we sat in the humidity sweating off our faces over our buffet dinner and $35 Mojito jugs.

When it was time to leave, our bus driver Ricky took us to this bar but he had to drop us like 4 blocks away. As about 70% of the Contiki at the moment is girls, that’s a lot of heel walking!
Myself and 3 other girls got to the bar eventually but ended up Ubering back to our hotel to re-do our hair/ make up and also drink our own bottle store bought drinks.
It was a win for us really. Better than spending $14 on 1 drink from the bar trying to pass time until our bigger club later that night. 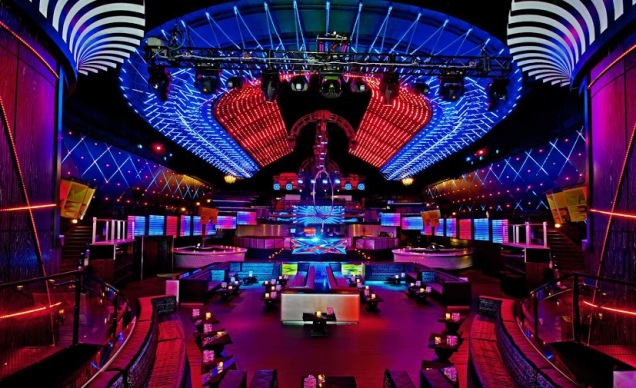 We met everyone at this club called Mansion later that night. It’s good to see these higher end type clubs compared to what we have back home. Plus on Contiki sometimes your tour manager (like ours) can get you in front of line.
It was a cool club, but just like Las Vegas the drinks were around $18 each. There were hundreds of pretty girls and seedy guys just hanging around. *sigh*
All of us broke bitches on Contiki found it wasn’t really our scene.
I think we left around 1am and took an Uber back to our hotel where I fell into bed and looked forward to my sleep in!