That’s right, you read correctly, I’m off to the land of Maple Syrup, Snow and Ice-Hockey!
Unfortunately out of those three things, I only like one of them….
I don’t do well in the cold and I’ve never played any type of sport on ice before, let alone sat down and watched it on TV.
Why am I going to Canada then you ask?
Because of the life experience and all the Ben & Jerry’s I could ask for!!

Ever since I did my big trip a few years ago, I’ve been wanting to travel again, however I didn’t want to just go to a country, explore and then come home again. I wanted to actually live somewhere. After traveling, I absolutely fell in love with America. I went to Europe and stayed in the UK for a bit afterwards but I never fell in love with it as much as the USA.  I considered moving to London because it was easy, maybe become a nanny or work in some type of Travel job but when I really thought of the idea, it didn’t excite me. I’d be going there because it was the ‘typical kiwi thing’ to do in your 20’s. Pack up your gear and spend 2 years in London on a Working Holiday Visa. I think it’s awesome that other people have done it, but it just wasn’t ‘me’.

I did research on how I could move to America and the only way possible was to become an Au Pair and look after children on a 1-2 year J1 Working Visa. I’ve been a nanny before and enjoyed it but the thought of living with a family who I might not get along with was a bit nerve racking. But hey, they could be awesome too! So I went ahead and applied for the Au Pair program through Aupairinamerica.com and filled out all the forms (included a medical questionnaire).
I got a call from them a few days later with bad news, unfortunately as I’d been prescribed anti-anxiety medication in the past I couldn’t look after kids until I was ‘off’ the medication for a year.
When I went on my trip, I got a few little pills from my doctor because I was nervous about going overseas and all the flying I would be doing. I only took maybe 2 pills the whole entire time and that was enough to make me ‘unsuitable’ to look after children. I was annoyed because it was one of those things that was just a ‘back up’ for when I was feeling anxious. When I talked to my Doctor about it, he said I shouldn’t have even admitted to it because he never would have put it down on the forms he would have had to fill out too. Oh well, I scrapped that idea pretty quickly and that’s when I started applying for jobs to become a Flight Attendant.
If you read my blog posts, you’ll know how that worked out for me…. (Quick re-cap, my eye-sight isn’t suitable)

Fast forward to 2016, I was working the same job, dreaming of going overseas and trying to convince my boyfriend to go with me. He’s a builder and has a really good job so he wasn’t too keen to just up and leave. Completely understandable, he’s worked hard to get where he is, however I felt I was ‘running out of time’ to go and do something with my life.
So I applied for a 2-year working Visa for Canada and in the midst of doing that, applied for a job at a Travel Agency. I got the Travel Agent job and then a few weeks later got a notification saying I was accepted for the IEC Visa program for Canada.
Half of me thought I should just opt out of the Visa while I still could, whereas the other part of me thought if I don’t do this now I could end up hating my new job and wish I went to Canada! I was in a bit of a predicament…
Fate would have it I received my Visa in about 2 weeks (it usually takes 8-9 weeks) so I actually didn’t have very long to think about things!
When you get your visa, you receive something called a ‘Letter of Acceptance’ that you need to take to the boarder with you for entering Canada. Once you get the letter, you have 1 year to enter into Canada for it to be activated. That gave me nearly 1 year to save some money and give this new job a go!
Turns out, I ended up really enjoying my job (and I still do). There was a lot to learn when I first started but I enjoyed the challenge. It’s crazy how complicated airfares are but once you get the hang of it, you can sell someone a flight around the world with stops in San Francisco, London, Singapore and back to New Zealand for just over $2,500 which I never would have known about beforehand! It’s a rewarding job when your clients come back to you and really loved their holiday – all because of your planning!
Even though my job is fun, I didn’t want to give up my opportunity to live in Canada so I’m leaving this month!
I resigned from my job a few months ago and thankfully they were supportive about it. I’ve even been in contact with the same Travel Company I currently work for but in Canada and they may have a position for me if I’m lucky!

So far, I have accommodation for the first few month in Vancouver so I won’t be completely homeless. After that I hope to find somewhere more permanent that isn’t crazy expensive – anyone who lives in Canada knows how expensive the rent is over there!

My visa is valid for 2 years from the day I arrive but who knows how long I’ll actually stay. I’m definitely going to give it a go for 6 months, If I hate it than I’ll move somewhere else in Canada. If I still hate it, I might just have to do a trip around the USA or if my funds are getting low – South East Asia.
Life will be an adventure for me next year!
I’ll try and update my blog so everyone can keep up 😉 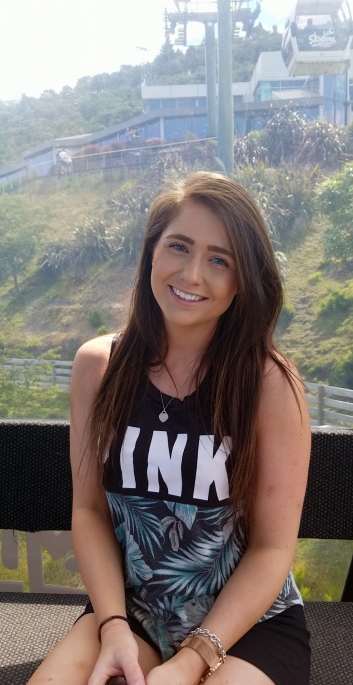