I got up really early this morning so I could be at the airport on time for my 10.20am flight.
My hostel room mates were probably thinking wtf is this girl doing, she’s up at 6am but has been sleeping in until 10am for the past two days haha.

Anyways, my alarm went off and I got myself up and out of bed.
I had a shower, cleaned my teeth and moisturised my skin in preperation for that very air conditioned flight I was about to embark on.
Being in a metal tube dries your skin our guys! You have no idea how dehydrated I get. Everything from my eyes, lips and legs get dry from flying. 😣
I’ve been using this Johnson baby moisturiser (don’t even ask why, I think it was the only thing they had at a store in Croatia) but it’s really not doing the job so I’ll have to go and invest in another one.

I was all ready by 7am so loaded my bag onto my back without falling over. Grabbed my smaller backpack and my Victoria Secrets duffel bag and was on my way to check out at the hostel reception. I got my €5 deposit back (I borrowed a towel as I left mine in croatia) and proceeded to walk to the Termini (the train station in Rome)

I bought my ticket from one of the self -ticket kiosks and then kind of wandered around looking at the boards trying to figure out what train I was meant to be on. I’m not gonna lie, it was a bit confusing for me!
After confirming with someone, I found my plat form and stuck my ticket in a machine so it could get ‘validated’
I didn’t even know you had to do that, I just saw like 5 machines at the platform and stuck my ticket in which then put a stamp on it.  I didn’t see anyone else do it so I hoped I hadn’t cancelled it or something.

Funnily enough, when I got on the train and the ticket guy came round clipping everyone’s tickets. He told off half of the carriage for “NOT VALIDATING YOUR TICKET!!”
Phew. 😥
But in their defense, they don’t make it very obvious to know what to do.
So just a heads up when you go on the train in Rome, if there’s these green ticket readers on your platform when you’re waiting, stick the bar-code bit of your ticket in there 😉 and you’ll be just like a local!

The train took about half an hour to the Airport.
When I arrived, I got out and found my check- in terminal easy enough. As I’d already checked in online I just had to drop my 2x bags off and collect my boarding pass.

I went quickly through customs, (they seemed very laid back in Rome). And then I had a look around duty free but didn’t buy anything.
I’m kind of waiting to buy some perfume at the duty free when I leave Dubai as I hope it’s a bit cheaper.
I did get this yummy croissant for breakfast though 🙂

I boarded about 10.20am and left Rome about 11am.
I’d never flown Emirates before but even before I flew with them they’ve been one of my favorite airlines haha. (I read too many blogs of girls working for Emirates doing flight attending I think)
We got hot towels at the beginning and end of the flight. The movie choices were great and the cabin crew were really nice and friendly.
The only downfall was whenever they had a PA announcement it’d cut into whatever you were watching and it was SOOOO FREAKIN LOUD.
I got a fright every single time and had to quickly pull my earphones out when I was watching a movie. 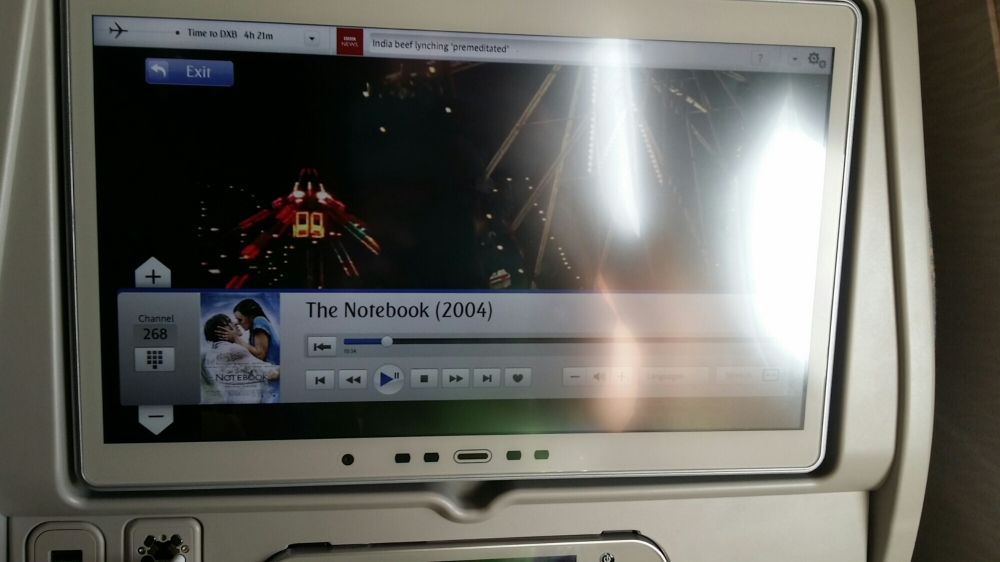 I decided to watch the Disney Movie ‘Inside Out’ which didn’t capture my attention too much.
I got half way through it and then switched it over to The Notebook for something more serious. I swear will never get sick of that movie 😍😍
Even if it does make me cry I love it.

We got served this roast chicken and broccoli dish for lunch which was all good. Also some little crackers and cream cheese and peri dip stuff along with some pesto pasta and a chocolate mousse for dessert 🍪 all very edible!!

We didn’t land until 6.40pm Dubai time but we all got off the plane pretty quickly.
I’m so dumb, i assumed I’d have to find my way to my hotel and was wondering how much a taxi would cost when I hear “Miss Horner!” And saw some lady holding a sign with my name on it.
I was like “um yes, that’s me!” Thinking I was in trouble for something.
She then proceeded to take me to this desk and gave me this welcome booklet along with directions on where to get my luggage and where to meet afterwards for my car to take me to my hotel. I completely forgot I had organised this with the travel company Student Flights before I left. Hahaha. I’m such an idiot.

Oh well, It took some stress off me! I should have done that with all the countries I’ve been to but I guess it’s a good experience taking public transport in new cities. Because it’s nearing the end of my trip, my bag is getting a touch too heavy so I appreciate these taxi’s. 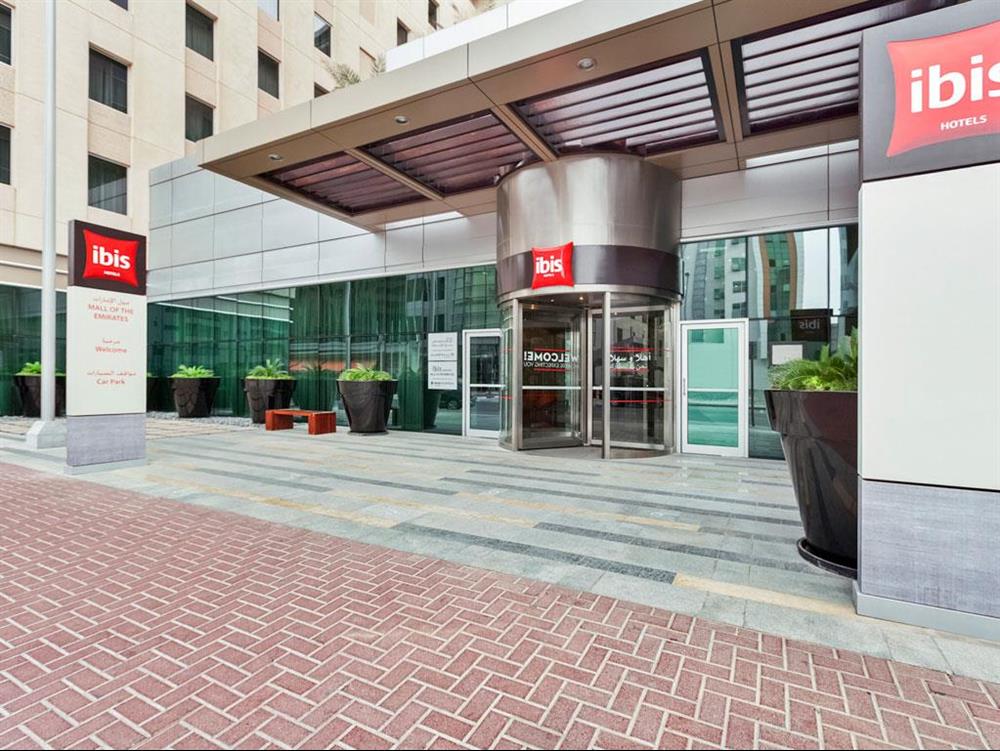 I was dropped off at my hotel which is really close to the Mall Of Emirates. I thought that was the main mall but it turns out it’s not, The Dubai Mall is the MAIN one and The Mall Of Emirates is the second largest one in Dubai. 😯 so much shopping to do!

As soon as I’d checked in, I put all my stuff on the floor in my hotel room, spritzed myself up a bit after my 6 hour flight and headed over to the mall. It was around 8.30pm by this stage but apparently the malls don’t shut until midnight here. (Apart from on Friday’s, that’s like their Sunday so they shut early I think)
When I went outside, phew it was humid. I think it was about 29° degrees here and that was at night time. The heat kind of reminds me of Thailand.

The mall was actually really close so in about 5 minutes I was inside and away from the heat.

I went and grabbed some dinner first, I was going to go to The Cheesecake Factory as I never went when I was in America! But decided that was more of a ‘don’t eat much during the day to prepare’ type of meal so headed upstairs instead to the food court.
I then had the hard decision of eating at the good ole’ American Shake Shack for the first time (as I missed then when I was in the USA as well) orrrr…. head to Burger Fuel where I know their burgers are just great as we have it in New Zealand.
I decided on Shake Shack haha. I can wait until I get back home for Burger fuel though. 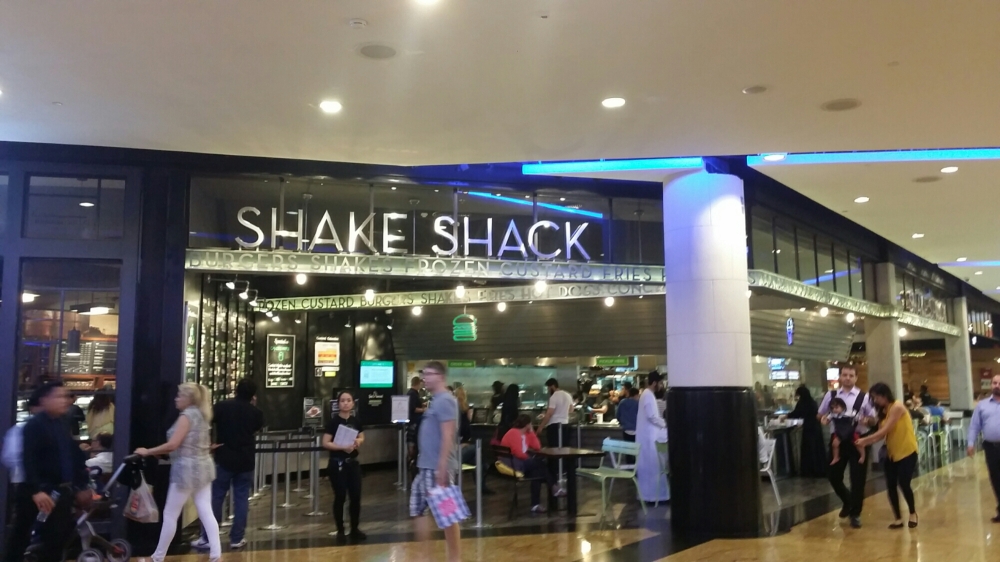 I ordered a Shack Burger – which is basically their most basic cheeseburger and some crinkle cut fries.
Along with a black and white shake for my drink (and mixture of vanilla custard and chocolate fudge)
So good!
The burger was tasty, nothing to rave about but I’m glad I can say I’ve had it now! The fries were really good too.

When I was finished, I decided to explore the stores. I had a look at the new Samsung Note 5’s they have out at the moment. I’m tempted to buy one even though there isn’t anything wrong with my phone right now. I just think it’s time for a little bit of an upgrade… haha. Plus the camera on my phone is terrible at night time that it’d be nice to have a better 18 mega pixel one 😉

I went to the Nike store as well and bought 2 new gym tops. I need some motivation for when I get back home to hit the gym hard! Even though I think looking in the mirror will be enough motivation 😣

I also checked out their big supermarket/tech store/warehouse type store they had. I think it was like a Dubai Walmart really haha.
I bought some chocolate for some gifts back home and then went off to Sephora to have a browse. I actually ended up getting my eyebrows done at the Benefit Brow Bar as the hairs were in desperate need o being waxed off. I also bought a Sephora Branded eye mask.
I really really want to buy the Glam glow mask Sephora sells, it’s just so expensive! But it plays on my mind every single time I’m in Sephora. I’ve just read lots of great reviews that I really want to try it 😍 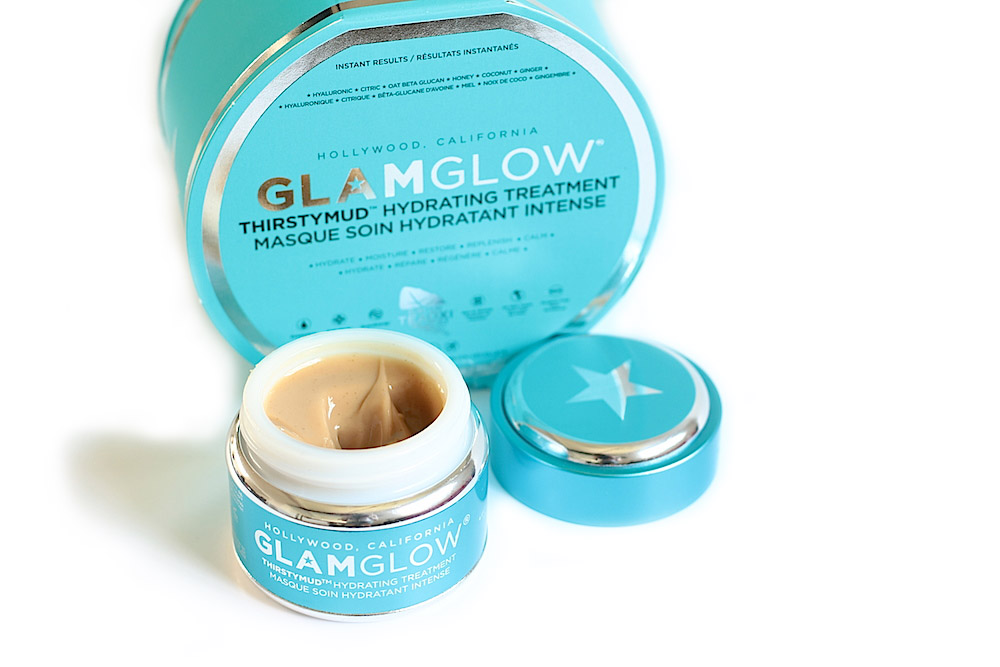 By midnight, I was still at the mall trying on bras in Victoria Secrets. (which I didn’t end up buying as they didn’t have the colour I wanted)
I decided to leave after that but couldn’t really find the entrance I came in at. 😕 I walked around the mall for ages and left out one entrance then realised it was the wrong one. I had to ask 3 different people to point me in the right direction to my hotel. It was all just so confusing!
Eventually I made it back just before 1am haha. Apparantly I was on the opposite side of the mall in comparison to where my hotel was located. Silly meee. 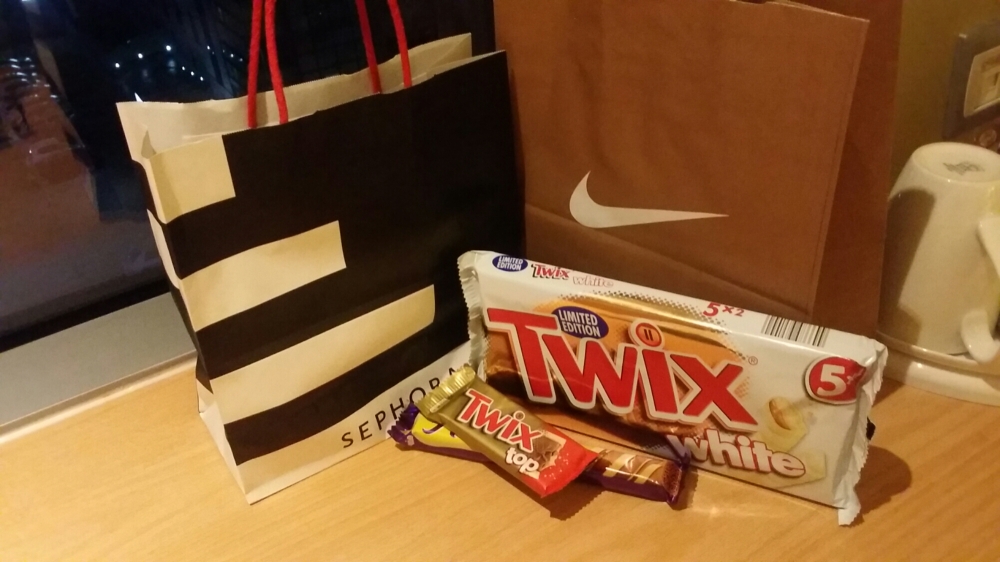 Now I’m in bed, I’ve had a shower, scrubbed my face with my wonderful MAC exfoliating ash and I’ve got my Origins overnight masque on with my Sephora Eye Mask around my eyes haha.
Feeling very hydrated right now!

Tomorrow, I’m gonna set my alarm and try and make the hotels free shuttle at 11am for the beach!
Xx